Today, we recognize that North Georgia Bible Camp is perhaps our greatest local mission, uniting local congregations, teaching our youth the Word of God, strengthening the Brotherhood, reaching out to the community, and providing both a safe haven from and a light to a lost and dying world.

Camp is the result of much vision, prayer, planning, hard work, sacrifice, and hope. It all started in 1969 when numerous members of the Church of Christ in the North Georgia area saw the pressing need for a Bible camp each summer in the area. A Board of Directors was formed and consisted of Christian brethren throughout the North Georgia area. The intention was to provide an annual encampment that would include daily chapel, daily Bible teachings and applied Christian principles in activities for all who attend.

We started out by renting camps through the North Georgia area for two weeks each year. This continued until the 27 beautiful acres where Camp Wetoga is now located was made available by the generosity of Jim and Ann Searcy in the early 1980s.

The late Brother Lawrence Stanley gave it the name, and the origin has since become somewhat difficult to establish, and its history has become somewhat misty, much like the haze that gives the Blue Ridge Mountains its name. Some say it comes from an old local Indian word meaning “We pull together”; however, if this is true, it is not currently found in the Tsalagi dictionary maintained by the Eastern Band of the Cherokees. It could be that this word emerged from some of the many folks with Indian descent whose family lore claims native American roots to these mountains and whose ancestors eventually integrated with local settlers who lived alongside the Cherokee and whose language slowly diverged from the currently curated official dialect. Perhaps, the word is a portmanteau, built from other words. For those who love the camp, Wetoga means a place of refuge and rejuvenation, a place where we all draw near to God and we all pull together in worship, faith, and fellowship. Perhaps, in time, we can reconnect this wonderful word with its true and native origin.

This land is nestled in the foothills of the Blue Ridge Mountains, between Blairsville and Blue Ridge, Georgia, just off the Appalachian Highway and U.S. 76. It is bordered on three sides by the beautifully preserved Chattahoochee National Forest.

In 1983, a spacious well-equipped dining hall, a boys’ and a girls’ village (each having four cabins and a modern bath house), a swimming pool, a large ball field and recreation area, a crafts area, and two staff cabins added on several years later. The first week at Camp Wetoga, we had 125 campers per week. Since then, we have had between 100 and 225 campers who are from 8-18 years old each week, but we have grown to having 3-4 weeks of camp. These numbers aren’t the ones that matter to us, however, because our objective is to help boys and girls know God as Creator, Father, and Friend and to lead each camper who is at an understanding age to accept Jesus Christ as Lord and Savior. Each week, during Worship, we have campers who want to be restored and we gladly help them with that need. Every week since North Georgia Bible Camp began in 1969, we have been escorting young men and women into the Kingdom.  After a long Bible study with each camper desiring salvation, no matter where or when we were meeting, we find a pool or a river,  and the angels rejoice as another name is entered into the Lamb’s Book of Life. Over the years, there have been over 500 baptisms and countless people restored.

The camp’s primary objective is to help get people to Heaven, but it’s not just for the children. Many men and women have sacrificed thousands of hours for Camp Wetoga or made great financial contributions and say they would do it again in a heartbeat. The journey to Heaven is not meant to be taken alone. We hope you consider Camp Wetoga as we strive to both make each young person aware of their social responsibility and influence them to help make their community and country a better, more Godly place to live.

The caretaker at camp is: Andrew McDaris

Every donation helps! $10 or $25 makes such a big difference. A donation as a memorial to a loved one is a great way to honor them. Just reference their name and a confirmation address. Please consider making a donation.

For information about Camp Wetoga and to register for camp events. 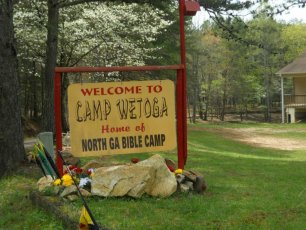 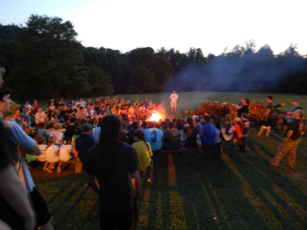 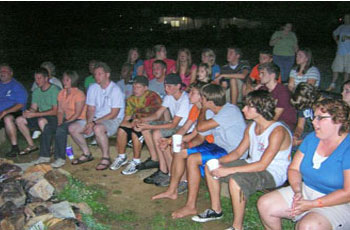 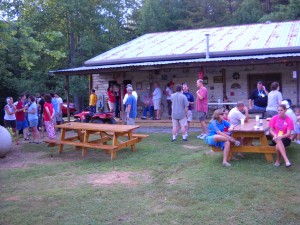 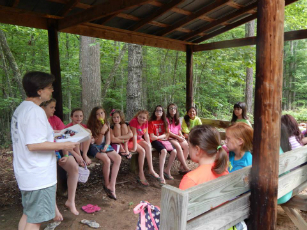 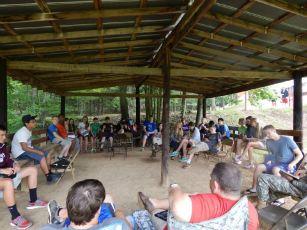 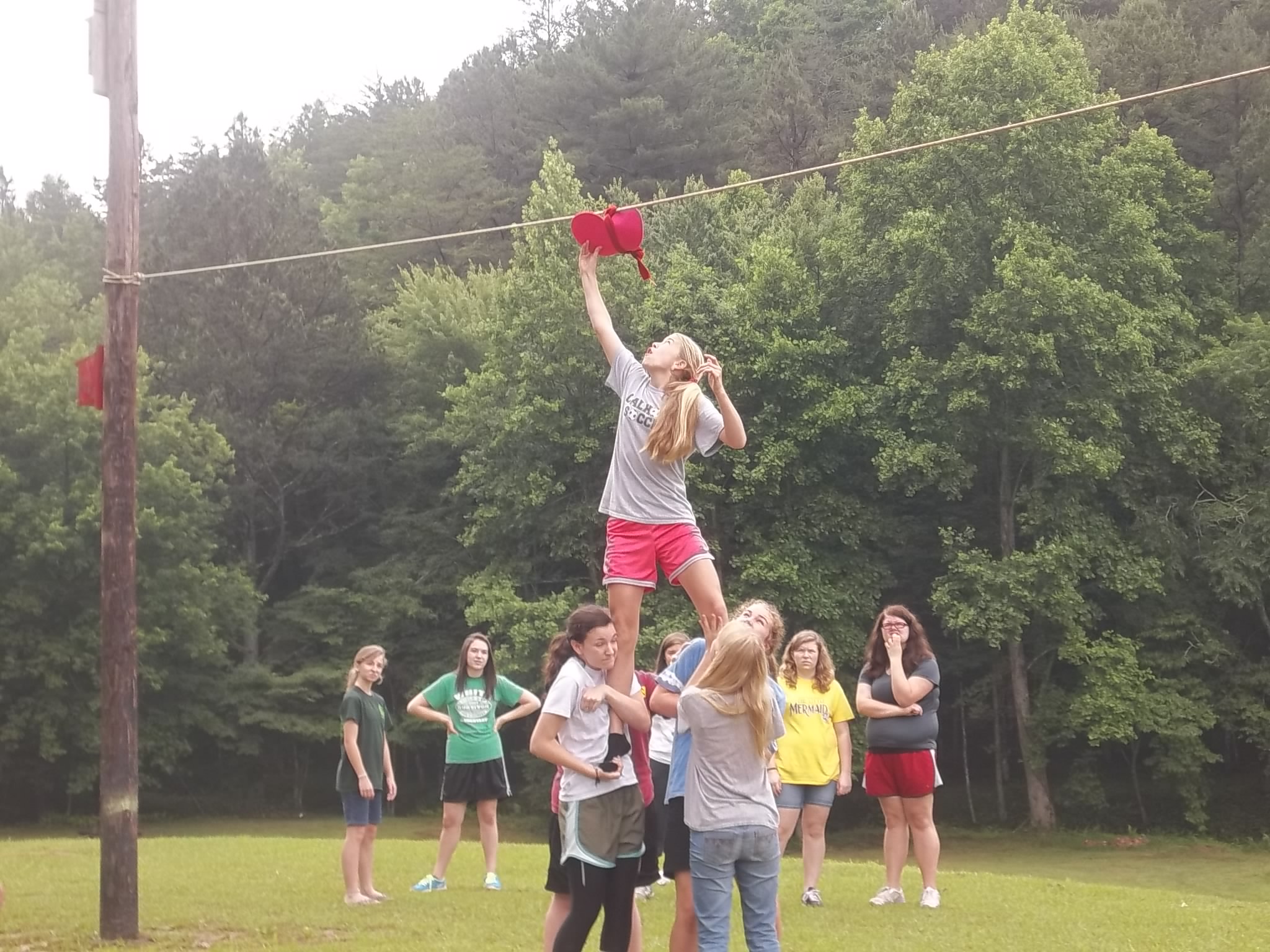 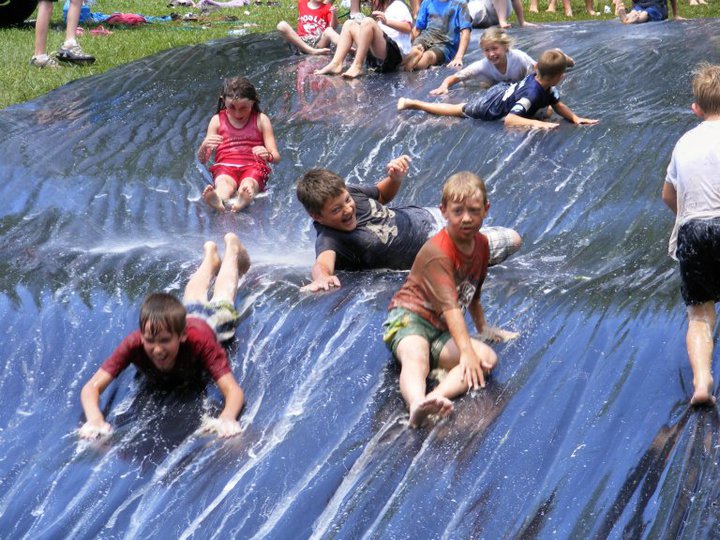 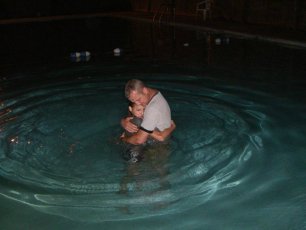 Keep Up With Us